The newly retooled Bears Hockey Club kicked off the season with two decisive wins over Independance/Spring Hill and Father Ryan. The club which was realigned by the Greater Nashville Area Scholastic Hockey Association by dropping Wilson Central and adding Green Hill High School and began their quest for the GNASH Cup and the Preds Cup after a disappointing exit last season.

Last Wednesday, the Bears blanked the Eagles of Indy/Spring Hill 7-0 of a strong offensive performance which saw seven different skaters tally a goal in the game. Logan Baskin, Michael Settle, Joey Simonek, Linden Palmer, Blake Bristow, Jacob Winfrey, and Nick Redisi all scored their first goal of the season while Settle and Palmer had two assists each.  Earning the win and the shutout was netminder Michael Dillard.  The game also marked the first career win for the Bears’ new head coach Bradford Winfrey who took the helm to start the 20-21 season.

Monday night, the Bears came for revenge against the Father Ryan Fighting Irish, who eliminated the Bears from the postseason and ended their 19-20 season.  They found it with a convincing 10-2 win.  Leading the charge were Jake Panter and Anthony Papponetti who had three goals each.Linden Palmer had two goals and Sean Caffrey and Jacob Winfrey each found the back of the net.Getting his second winning decision was Michael Dillard who stopped eight of ten shots faced.

This Wednesday night, MJ/GH/LHS will play the Battle of the Bears as they will face last years Preds Cup Champions, the Bruins of Brentwood High School. Puck drop is at 7:20 at Centennial Sportsplex. The game can be viewed online via the Facebook Page of Penalty Box Radio.

Pictured Below: Linden Palmer, Jake Panter and Sean Caffrey join with Anthony Papponetti to celebrate one of his three goals Monday night in a 10-2 win over Father Ryan. 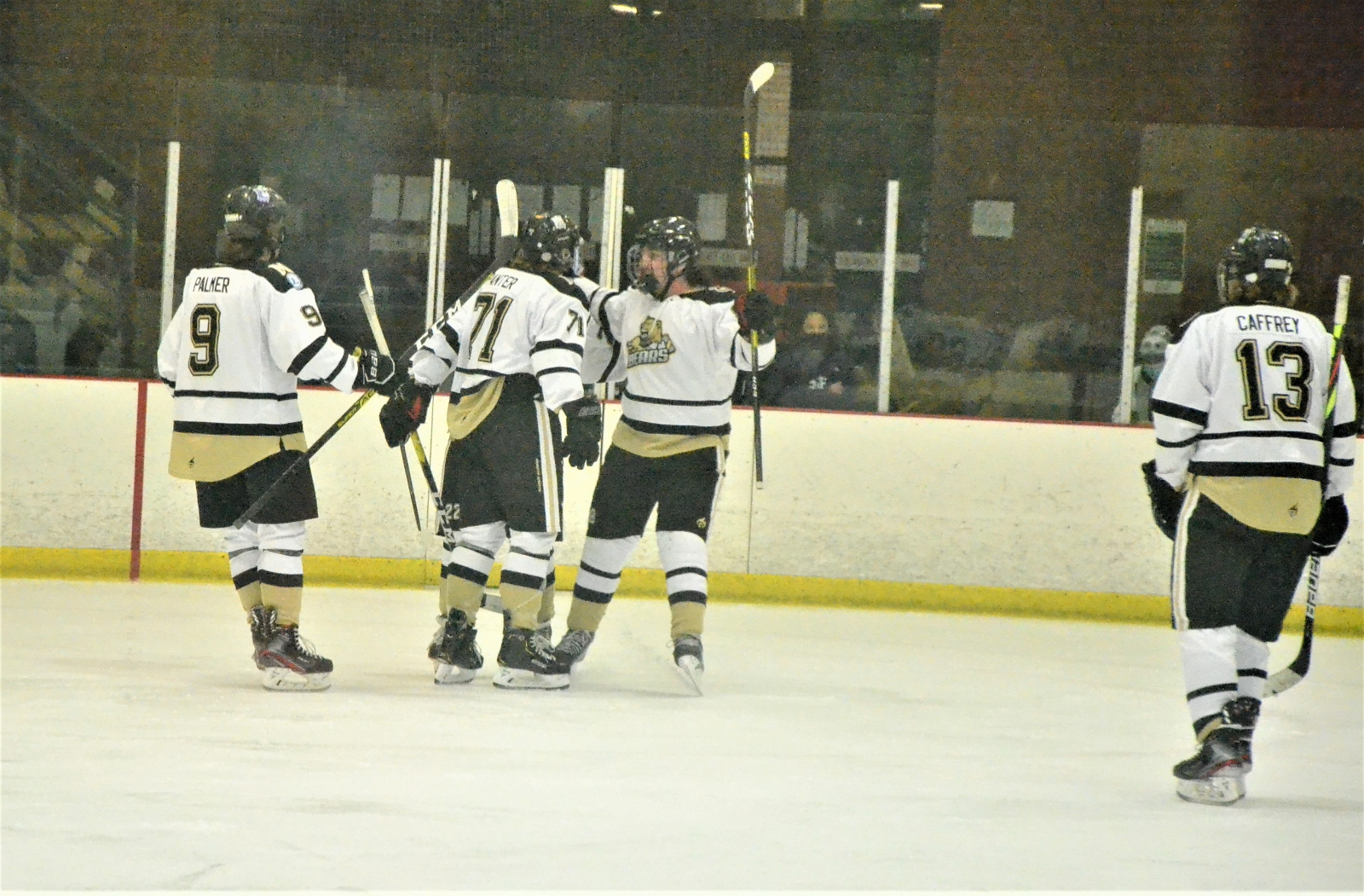