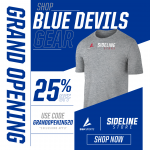 We are excited to open our Blue Devil online spirit wear store for your convenience! Click on the link below to to find  a large variety of spirit wear items so that you can show your BLUE DEVIL PRIDE everyday! Click HERE for the BLUE DEVIL SPIRIT APPAREL STORE 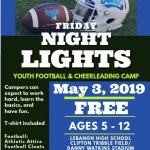 Attention all youth football players and cheerleaders (between the ages of 5-12): come join the LHS Football and Cheerleading Staffs for a FREE camp! During this two hours, kids can expect to have fun while learning key fundamentals and participating in drills. In addition, the Lebanon Youth Football Association will have registration for the upcoming season at 5:00 pm. 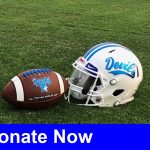 The 2019 season is already underway. The Blue Devils are working hard getting ready for the opening kickoff. Monday, April 22, 2019 at 6:00pm, the team will hold their 2nd Annual Lift-A-Thon in the Commons at Lebanon High School. The players are testing in bench press, power clean, and squat.  We are seeking donations to 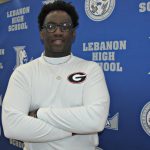 On Wednesday morning, Defensive End Zion Logue officially signed his National Letter of Intent to play football at the University of Georgia. While surrounded by his family, teammates, coaches, and classmates, Logue made it official that his next chapter would be in Athens, Georgia by putting pen to paper during a ceremony held in the Lebanon 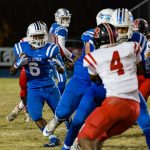 Thursday Night Lights again prevailed for the Blue Devils as they were able to come out with another victory. Having to move the game up due to weather conditions, your Lebanon Blue Devils came out on top 14-12. Offensively, Lebanon accumulated over 310 yards on the ground alone. Defensively, they held Rossview to negative 5 yards 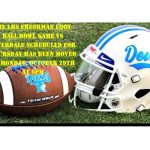 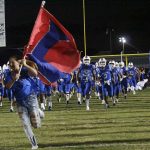 Amidst the scheduling change due to the weather threats, Lebanon didn’t seem phased by the shortened week. Your Blue Devils finished the night with 261 yards rushing and another 67 yards in the air. Lebanon (7-2) will host Rossview (6-3) High School this Friday night at Clifton Tribble Field/ Danny Watkins Stadium. Game time is 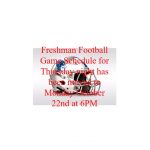 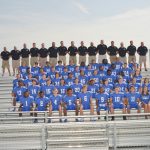